We start to introduce White Square 2021 jury members who will decide the destiny of the entrants and will choose the winners, prize-winners and finalists. Entries will be judged by 7 jury categories: CREATIVE, BRANDING, MARKETING, MEDIA, DIGITAL, GRAND JURY, MASS MEDIA JURY.

Full jury list will be announced on March, and now welcome one of the jury members of White Square 2021: 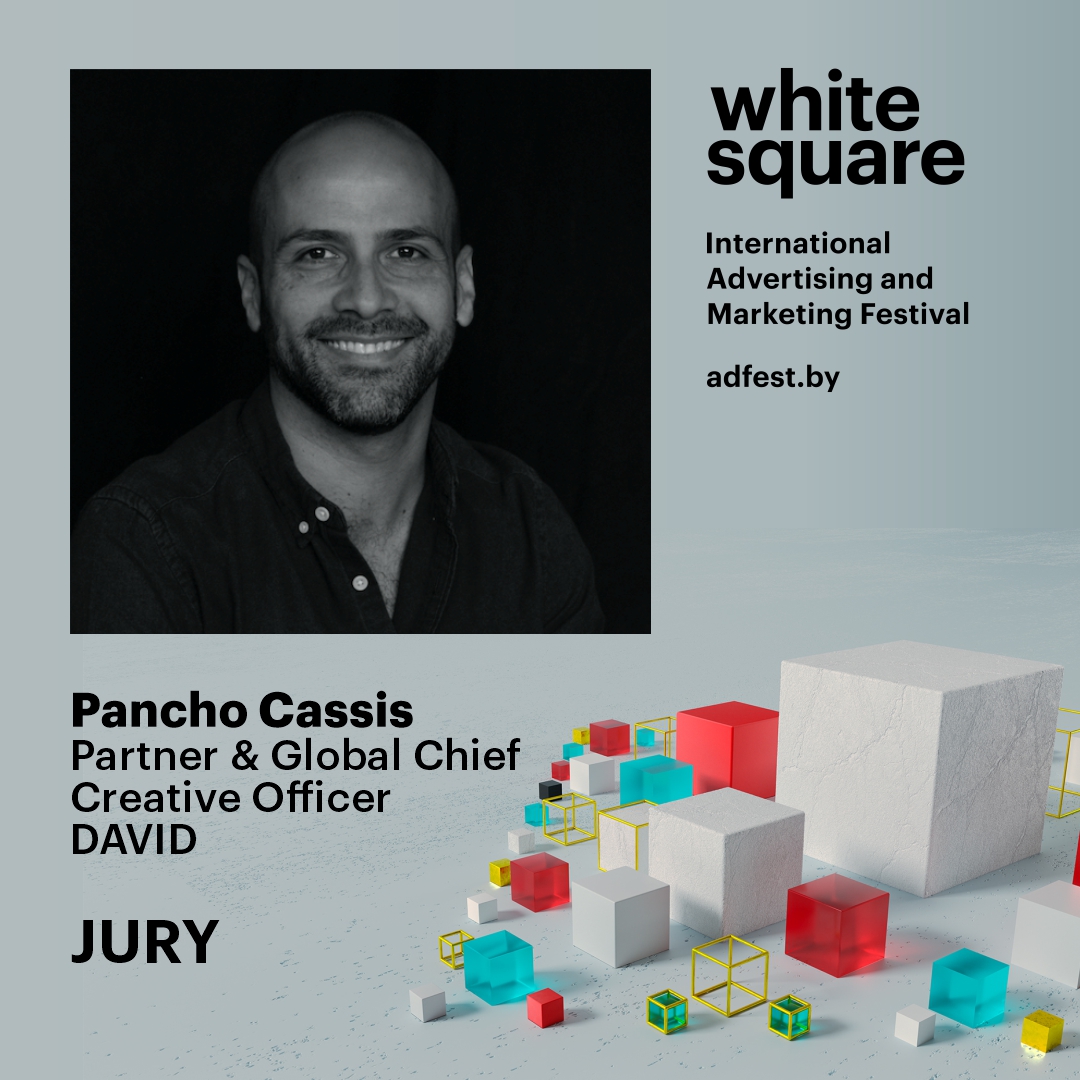 Chosen by AdWeek as one of most creative people in the world in 2018. Awarded his first gold lion as a trainee, at age 22, Pancho totals over 50, adding 450 awards and 29 Grand Prix from some of the most recognized festivals in the world, including the Effies, D&AD, One Show, Clio, amongst others.

In his first year leading the company DAVID Miami was named Agency of the Year both at the One Show and the D&AD, and the newly opened DAVID Madrid became the most awarded agency in Spain too. In recent years, he also helped his previous agency LOLA become four times Best Agency in Latin America and be the 9th most awarded agency in the world in the last edition of Cannes Lions.

Most recently, he was named Creative of the Year in Latin America by El Ojo de Iberoamérica

White Square 2021 call for entries is open. Till February 28 the participants are provided with special participation fees. Upload your contest entries to adfest.by/en and probably you will find yourself among festival’s prizewinners!